For my date with Ray, the electrician, I decided to dress up…so far I’ve stuck to jeans every date. This time, I just felt like wearing high heels and a dress. And surprisingly the one time I dress up ends up being the first time the guy lets me pay!

I didn’t feel much spark, but the conversation was nice. I managed to avert almost every personal question and was incredibly pleased with myself for this. I am so over self-disclosure. So we talked about his education. We talked about conspiracy theories. We talked about animal psychology.

My eyes were getting tired and the room started spinning a little. I looked around me. I reveled in the silence.

I commented on the beauty of the walls.

The next day I received a series of text messages from Ray. Ray told me that he wasn’t attracted to me, but thought maybe the attraction could grow.

Then when I didn’t respond for an hour he said I was fake and there was a reason why I was single. He said he wished I smoked weed. He said a bunch of other things in this text blast, most of them were mean things you shouldn’t say to people you just met.

Today I had a really good day. I made the decision I’m not going to go on any more dates. I finished a book, I relished in nature and hummed “weeping pilgrim” by the river while a huge boat passed by.

I brought some clothing over to Ivetta’s house for a clothing exchange. No one showed up but me, so we drank Russian wine and ate lentils.

The door opened and in walked Rajeev. The Indian Man. “Oh my American beauty!” he said.  “My Indian Uncle!” I exclaimed and gave him a hug. He had a plastic pitcher of homemade Sangria in his hand. “I don’t know why I was so foolish to bring this in the car, but fortunately it didn’t spill.”

“Mikaela, get the ice cubes out of the freezer!” He began his orders and Ivetta and I both looked at each other and laughed. “Yes, Uncle.”

Ivetta compiled strawberry cakes for us and ushered Rajeev to sit on the couch and watch an episode of How I met Your Mother with us.

“I came over here to drink Sangria and gossip and this is what I see. You two eating girly strawberry cakes on the couch and watching sitcoms. No, I will not watch it.”

Ivetta softly insisted that he sit on the couch and eat his strawberry cake and watch. She was calm and he relented. 🙂

I was waiting at the smallest table in a retired tobacco barn reading Frankenstein. I was getting more nervous by the second, and I couldn’t even read. The waitress relieved me by standing next to me, and close. She began a monologue about all about the places she’s lived in her lifetime. (the list including countries, states and cities) It made me so grateful to not have to wait at that table alone.

And then I noticed Sam standing at the barn’s entrance. I heard him greet the hostess, “How’s it going,” and I was hiding behind the large woman. She was still telling me about all the places. I looked away from her to look at Sam and he recognized me and came over. He was wearing a hoodie and jeans and his beard looked fuller than the last time.

I was grateful because for a while we didn’t have to even look at each other. The waiter came to pour tiny amounts of wine into our glasses and while he did this, he began to speak in a new language. This one will coat your tongue with the astringent taste of a sour apple. This one will taste like butter (he said). I enjoyed this because it takes so much less effort to nod and sip than it does to look someone in the eye.

The thing about Sam is that he doesn’t really talk much about himself, but he’s really good at stories and eye contact and this combination plus me being nervous made it easy for me to accidentally say things.

The accidental things began when I began randomly making baby comments.  He told me the story of how he negotiated with some boys to buy his dog for 200 bucks. And my response to this story was, “hopefully she can have lots of puppies.”

The first time there was a lull in our conversation I broke through the silence with the words, “My sister is 4 centimeters dilated right now.”

“Oh.” I said and then continued talking about her dilation experience, “but she’s just lying in bed with the toddlers on her waiting for her husband to get home.” So our conversation conveniently went in the direction of childbirth and we were both starting to sweat because of how hot it was. “I guess I’ve bought into the lie.” he sighed.

“The lie??” I said. And then I understood that he was making a propaganda joke.

“Oh yes, the secret truth is, none of us came through the canal of a woman.”

“Really we all probably come from various planets.” 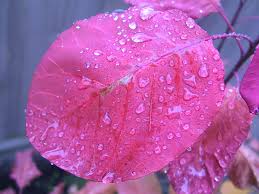 The other thing I started slipping up in is that I began to share with Sam things about myself. I didn’t want to. The only way to keep these dates casual, is if I disclose only a bare slim whisper of information about myself (and mostly keep it topical).

But I severely messed up on this date. I disclosed things I am even embarrassed to tell myself about.(Things my mother very clearly warned me to never share on a date) Like the fact that I don’t have a high school diploma. I told him about grasping for a sense of self when I moved around so much.

I told him about my pastor and my church and LaDawn’s marijuana pen and Doniki’s nail business. I told him about Patty and how she smokes on the porch because it gives her a break from the demands of life. Then I even told him her partial life story. I described in detail the tattoos she never got but wanted to get.
I told him the name of Patty’s future unborn child: Franchesco Dalphene.

And Sam repeated the name of her future child out loud.

“Franchesco Dalphene.” he said. “Well,  his future teachers will look down at the attendance sheet and cast type him for sure.”

When were standing by our cars to say goodbye to each other, he invited me to get food with him.  He said, “you don’t have to if you’ve got things to do, but i’m starving.”
I was like, “sure, i’ll get food with you” and so we remembered the buttery green apple sips that cost 80 dollars (no cheese included) fondly and then drove to the Pit BBQ place next to the liquor store. On the front of the building it had the words “Crabs and BBQ that are Beyond Your Belief” inscribed. .

The Pit BBQ place was empty except for the staff, so we sat solitarily at a long white picnic table. The waitress gave us red plastic baskets filled with layers upon layers of shaved beef. I topped each bite with potato chips and horseradish and pickles in order to mask the dryness and flavorlessness of the meat.

I accidentally let something slip again, and it was really inappropriate because what I accidentally said (when he was asking me about CA) was that because of those years sometimes I hate men. Something came over me, but after I said it I wished so badly I could swallow my words.

His eyes got kind of wide and he said, “Oh, gotta go,” and pretended like he had to leave.

but then shook his head and laughed, and I’m really surprised because he actually asked me out again after this. This is a surprise, but he did. I am stupid for doing these date experiments, because I think if I let them carry on someone’s going to get hurt.

I thought it would be fun to do an anthropology series on my dating life. So here goes:

I have only EVER been in love ONCE. He was my first love and I hold on to those memories as a child holds on to a good grade or a science-fair trophy. Patrick was to me, a sort of savior. In him I found a friend and a lover. He mocked Christianity though, he thought very little of Jesus Christ.

Peter was the second boy I dated. He literally was an angel-boy. He had the soul of a cherub. He was untouchable.

The list is pretty short after Peter. I haven’t really dated that much. I’ve been single uninterruptedly for most of my twenties. Most of my twenties I spent entirely oblivious to the fact that I was single. Singleness? What even is that?

I thought, maybe it would be a good thing to have a partner.

I went on a date tonight with a guy named Richard. He wore suspenders and a beret. He ordered a filet of rabbit and roast potatoes. As I watched him cut into his rabbit I asked him if he’d ever read Watership Down.

“It’s an invigorating story about the conquest of civilian rabbits against an evil Rabbit, General Woundwort. It will have you turning page after page. You just get caught up in the battle and the gore of it.”

“It’s called Watership Down.” I said. He let the waitress carry away the unfinished rabbit.

We got beers after dinner.

Richard is a beverage man. He tasted a sour and a nitro and then ended up getting an oatmeal berry beer or something like that which tasted like hoppy caramel. I don’t like beer but he ordered for me and it wasn’t that bad. It was called Sixpence I think.

He asked me what made me say yes to going out with him. “It’s kind of a policy.” I said. “I’ll go out with anyone once, as long as they aren’t a creep.”

“oh.” he said. “so what are you thinking about this date so far? what do you think about me?”

I didn’t struggle to find an answer. I answered him with ease and clarity.

Prior to shooting me with this question, Richard told me about his closest friends in Washington State, about the horrible movies he loved and how to bake with beer. He told me about his broken childhood, of his fathers death and his alcoholic step-father.

It wasn’t draining to listen. I wondered though if I should let him share those things with me. But really, it wasn’t my responsibility to shelter him. I offered to pay, but he said: “I asked you out, and I want to pay.”

Was he wrong to expose himself to an uncommitted stranger?

And how many times have I acted a fool and exposed myself for the sake of being known by anyone?